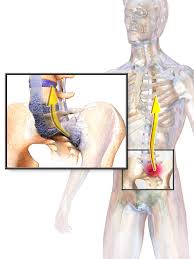 Who Is Affected by Ankylosing Spondylitis?

Ankylosing spondylitis affects mostly the age of teens and 20s in men. It is less common and generally gentle in women.

Pain and stiffness.
Bony fusion.
Pain in ligaments and tendons.

People with spondylitis have a gene called HLA-B27. Although people having this gene are more likely to grow spondylitis, it also exists in up to 10% of people who don’t have signs of the condition.

Human leukocyte antigen B27 is a protein located on the surface of white blood cells. An HLA-B27 test is a blood test that recognizes HLA-B27 proteins.

HLAs are proteins normally found on white blood cells. These antigens help your immune system recognize the differences between healthy body tissue and foreign substances that may cause infection.

Although most HLAs protect your body from harm, Human leukocyte antigen-B27 is a specific type of protein that contributes to immune system dysfunction. The found of HLA-B27 on your white blood cells can cause your immune system to attack those otherwise healthy cells. When this occurs, it can outcome in autoimmune disease. Dr. Nilesh Patil is the best doctor for Hla/B27 Treatment in Pune.